Amazing as it may seem, Boston Borough Council has a strategy for the future – but sadly, it appears to be more of the Baldrick cunning plan variety than anything else.
It covers the period from now until 2020 – when the next elections are due.
Despite the gargantuan scope of the task in hand, the report – a “broad framework” – runs to scarcely more than 1,500 words over four pages … a fifth is blank (doubtless reflecting the minds of the so-called “leadership.”)
The popular adage tells us that the devil is in the detail – but the problem with this report is that there are barely any details to bedevil councillors with. 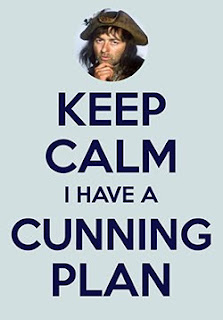 Instead, we are presented with a resurrection of the same old slogans that have been used for years – plus a bleat about how tough things are for Worst Street’s finances.
Catchphrases are down to four …
Prosperity:  “We need a strong economy which is growing which will generate more and better job opportunities and will attract people to the area.”
People: “We must support and protect the most vulnerable within our borough.”
Place:  “Boston is a very safe place to live and this is reflected in our low crime rates and our open, rural environment and historic market town which offers a quality way of life for residents.”
Public Service:  “The council has a key role to play in our local area to provide essential services and operate within the current financial context.
“Errrrm … and that’s it.
Each heading is supplemented by vague forms of wording that talk of much in the way of “seeking” but little that suggests any finding.

Perhaps it is as well that the council has between now and the next Olympic Games to get its act together.
A Tweet earlier in the week by former councillor Paul Kenny – the man who gave meaning to the role of mayor – lamented: “l went to listen to the debate on houses in multiple occupation at Boston Borough council … it was very disappointing after three years and still no action.”

Looking at the report, we noted the increasing popularity of the buzzword “perception.”
People at the meeting were told that the reason for the report “stems from concerns arising from parts of Boston’s community and some elected members about the perceived negative impacts of HMO’s large and small.”
These “perceptions” included:  Increased levels of rubbish left outside properties; noise and disturbance; anti-social behaviour; increased traffic and more parked cars; change in overall residential character and over-concentration of HMO tenure type – for the worse.”
Our concern about the use of the word perception is in the context applied to it – for instance we are constantly told by Lincolnshire Police and their highly opinionated Commissioner that we “perceive” problems about crime that do not really exist.
In other words, “perception” = “imagination.”
Surely – if rubbish is being dumped, and anti-social behaviour and noise has increased, along with the litany of other problems listed – then this is a reality rather than a perception.
But then facing reality seldom appears on the agendas at Boston Borough Council.

Still with our PCC, we note that later today he will tell the county’s police and crime panel that without more money – £7.5 million is the figure in mind – we will see a reduction in the number of front line officers.
The obvious implication from this is that they will vanish behind closed doors to join the larger percentage of officers shifting paperwork from in-tray to out-tray and back again.
Apparently, PCSOs are not being replaced when they leave, and whilst we have never been fans of this particular role, at least in some places they are seen on the streets – despite being powerless to act if they stumble across a crime.

We agree that Lincolnshire Police could use more money – but a root and branch review of where the cash goes at present might well be worth making.
Certainly, there was plenty of loose change washing around to equip the Operation Galileo hare coursing squad with specialist off-road vehicles and a motorbike – plus an expensive looking drone to search from the sky.

Heading the list of “prosperity” priorities in Worst Street’s to-do (sometime in the next four years) list is to “promote and support inward investment into the borough.”
Unfortunately, while all this is being subjected to much deep thought, reports from elsewhere in Lincolnshire suggest that others are getting on with it.
We hear that in Grantham a £100million designer outlet village could be open within three years, creating 1,500 jobs and attracting up to 3.5 million visitors a year.
Lincoln, meanwhile, is seeing work start on a new £30 million bus station linked to the railway station, and in East Lindsey, a £5.7 million scheme of improvements to ease pressure on roads in the Skegness and Ingoldmells area has started – as has work on a prestigious new seafront hotel.
Meanwhile, South Holland District Council has produced a new, free mobile app to promote retail sectors in the district and give residents and visitors a quick and easy way to get the goods, services and information they want.
All this news comes as we hear that Boston has acquired its “first ever” pie and mash shop.
Well, it’s a start, we suppose.

This week’s Inside Out Yorkshire and Lincolnshire regional TV programme saw yet another look at the problems of immigration and Boston. The preposterous Paul Hudson was joined for this exercise by Mail on Sunday columnist Peter Hitchens, whose “Boston, Lincolngrad” feature five years ago agitated so many of the great and the good.
Unsurprisingly, the accusation was again levelled that the programme presented a biased and unbalanced portrait – but if so, we failed to spot it.
What concerned us more was the effort by Mr Hitchens to seem one of the lads by wobbling around everywhere on a bicycle.
He wouldn’t last five minutes on the roads of Boston with a saddle style like that!

Funding of the Mayoral office got a mention in one of our local “newspapers” this week – and the response from Worst Street raised more questions than it answered. We learned than since 2011, just one option has been adopted “looking to save £14,000 over the following few years” – a drop in the ocean when the annual cost is said to be £80,000.
And whilst the council claims that all spending areas are under review, we had a clear impression that the office of mayor would not be among them.
The issue was raised in the Boston Sub-Standard by local businessman Darron Abbott – who is to Boston Borough Council what thorns are to sides.
One suggestion from Mr Abbott was that the council should join him in a Market Place consultation to find out what the taxpayers thought.
Can you imagine that ever happening?

If a week is a long time in politics – then five years is an eternity.
This week the leader of Boston Borough Council’s UKIP  group was reported as saying that foreign nationals were putting a strain on Pilgrim Hospital as figures from by the Office of National Statistics showed that half the babies born in the town were to mothers originally from out of the UK – figures that have doubled in a decade as well as being double the national average.
Councillor Brian Rush reportedly said: "I am very shocked half the babies born were to non-UK residents. I am very annoyed services are used by people who have possibly not even contributed to it.
"The system is aligned on the fact our hospital is in dire need of finance, as all hospitals are across the country.”
Turn the clock back five years when the maternity unit was thought to be under threat of closure.
Former MP Mark Simmonds to the BBC in an interview: “If you look at the number of children who are being born in the maternity unit, a significant number of those are children of people whom we euphemistically call migrants, and there has certainly been a debate about whether the maternity unit would still be open at Pilgrim Hospital if it wasn’t for these additional people coming and using the facilities and services.”
Does this mean that Councillor Rush and the rest of us should be grateful rather than resentful?

Finally, that magical day has dawned.
No, not 7th May 2019, when Worst Street councillors face an election, but 7th September – when the “new reader-friendly format” Boston Bulletin arrived in our inboxes.
We’d expected to be disappointed … and our expectation was not misplaced.
The new edition was merely a compendium of stories from the borough’s website over the previous week – and amazingly, none of them had anything to do directly with Boston Borough Council.
We read our copy on an iPad tablet – and could not access any of the links on offer. After much laborious experimentation, we discovered that the best way was to copy the links and then paste them into our browser – but frankly the results that we got for our efforts was simply not worth the effort.
Access was slightly easier via desktop – but variable.
Whilst we managed to follow the links with greater ease, others were less lucky. 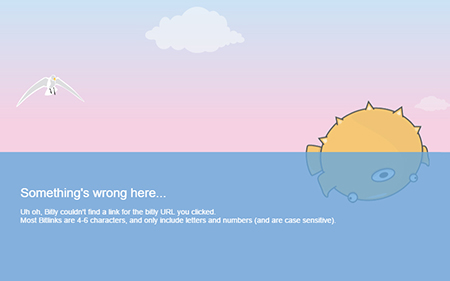 One reader encountered the message below with all but one of the links.
Clearly, there’s something fishy here.
Ironically, the image shows a dead puffer fish face down in the sea – perhaps depicting the bulletin as being dead in the water – and sinking without trace.
That issue arrived shortly after 9 am – and three hours later we received an e-mail headed: “Today's Bulletin redistributed – technology gremlin,” and saying “Apologies to all smartphone and tablet users of the Bulletin. Although the links to the full articles on the website works (sic) for those using computers they have not worked for those reading via smartphones and tablets. We have fixed this teething issue and so are redistributing today’s Bulletin so that all devices are able to access further content. This issue should not arise again.”
Aside from the fact that we are told the problem was not due to “gremlins,” there was one other thing to note about the replacement.
It.
Did.
Not.
Work.
Either.
Another Worst Street bullet-in the foot!

You can write to us at boston.eye@googlemail.com  Your e-mails will be treated in confidence and published anonymously if requested.
Our former blog is archived at: http://bostoneyelincolnshire.blogspot.com