This year – instead of our usual card – we’ve produced the Boston Eye Christmas guide to films on TV with our own take on the Worst Street perspective.  It's produced in conjunction with BBC WAN and Wetflix.
As this is Worst Street, nothing is in black and white, and some scenes may be a little off-colour …  and it goes without saying that there will be a lack of focus.

It all began in the days of silent film when a movie about Boston Borough Council  entitled 'Flogging a Dead Horse' was shown in the town's Scala Cinema in the Market Place. 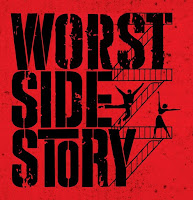 Our  star movie choice for the holiday is WORST SIDE STORY: A classic tale of love and hate – mostly hate in this version. Rival gangs the Sharks and the Jets become the Kippers and the Wets in this take on the story. And watch out for the new gang in town – the BiGs. This is a musical – and because of Worst Street’s ability to make a song and dance over nothing at all, is a must for all couch potatoes. And again, because this is Worst Street, expect a lot of people to get their toes trodden on – but don’t expect anyone to say excuse me.

Because so many cuts have been made as part of the council’s transformation programme it’s inevitable that there should be one or two slasher movies in the selection.
Topping the list is Nightmare on Worst Street.
When the need for cuts becomes overwhelming, Worst Street decides to call in a professional named Freddy – who seems to have all the right credentials … not to mention some awfully sharp nails which looked ideal for the job at the
interview stage.
But Freddy’s idea of cuts and those of the council do not see eye to eye – and soon, things start to go terribly wrong …

Another slasher movie – which could have been made with Worst Street in mind as anyone who has attended a meeting will tell you – is the aptly named Chamber of Horrors.
In this film, Freddy’s obsession with making cuts rubs off on to one of the members whose reaction is to carry an axe of his own to meetings.
Viewers will note the gimmicks that go with the film – the Fear Flasher and the Horror Horn – both of which prove so effective as a warning about the perils ahead that we understand Worst Street is thinking of installing something similar  in its own chamber … just so long as it doesn’t wake the councillors.

As a nod to the season – and still in keeping with the transformation theme – we present the epic movie The Five Commandments. It started life with ten but these have been whittled down to save money – whittling being what Worst Street does best.
The commandments now stand at...
1: Thou shalt hold as few meetings as possible.
2: Those that must be held must finish as soon as possible.
3 Hold meetings in secret if you can.
4: If not, make sure you tell the voters as little as possible about what went on.
That brings us to number five which is the great Worst Street catch-all commandment …
5: Thou shalt NOT ...
This covers whatever Worst Street wants – and will rigorously applied by the council’s 3GS enforcers … with fines of £1,000 and a criminal record if you fail to comply.

This film includes the famous parting of the waters scene – which we understand was overshadowed during the making when it was discovered that a couple of councillors were walking on the waters at the time – and sadly (!) have not been seen since.

Another famous title is the Turn of The Screw.
This scary tale concerns an ambitious small time committee that thinks big. We’re talking about BTAC-ky of course. Within a short space of time the committee transforms itself from a parish pump affair to a powerful big spender. In doing so it ignores the people it is tasked with representing – until it wants more money 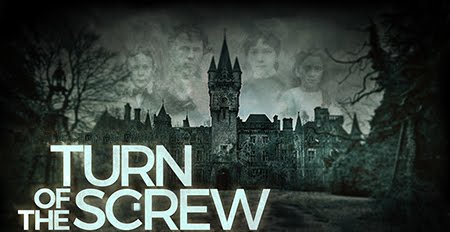 Then, each turn of the screw on its mostly poor constituents brings about howls of pain from the taxpayers … all of which fall on deaf ears. 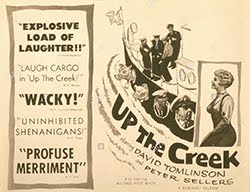 Some films will need no explanation. A title such as Up the Creek will instantly resonate with viewers – each of whom will have their own ideas about how far up the creek Worst Street is and whether or not the council has a paddle.
A sequel to this popular British comedy called Further up the Creek opens endless more doors to the imagination.

To continue the theme of movies with an oblique reference to Worst Street, a clutch of other titles will be shown.

The Invisible Man tells the story of an experiment that goes terribly wrong. After an inventor achieves his ambition to transmute himself into the world of politics, he realises that he has made an awful mistake. He subsequently avoids all but the minimium number of meetings he must attend to keep the allowances tap flowing – thus becoming the Invisible Man of the title.
Another similar theme will be shown on Boxing Day, when we screen Brief Encounter.

The same author brings us The Man Who Could Work Miracles – in various versions depicted as the Leader of the day or the finance portfolio holder. At the end of the day the hero of the story realises that there are no such things as miracles and rejects the gift from the gods that was bestowed upon him – lumbering some other poor devil with these poisoned chalices.

Finally, last but by no means least, we have this little gem ... 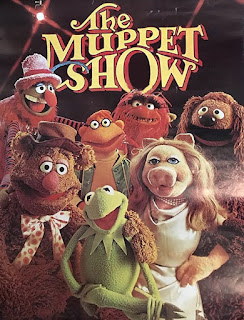 What can this have to do with Boston Borough Council, we hear you cry?
Well, if you do a headcount of the characters in the poster you will see that there are seven stars of the show.
Exactly the same number as the Worst Street Cabinet of Curiosities!
And as the only alternative  choices for a movie about the cabinet would have been The Magnificent Seven, or  The Boston Strangler, it's not hard to guess why we chose the one we did!
Your Christmas starter for ten is to put names to the faces.

We're taking a seasonal break now and will be back on Monday 14th January. Our best wishes to all our readers for Christmas and the New Year –  and our thanks for your loyalty ... viewings of Boston  Eye are now regularly in four figures each week.


You can write to us at boston.eye@googlemail.com
E– mails will be treated in confidence and published anonymously if requested.
Our former blog is archived at: http://bostoneyelincolnshire.blogspot.com