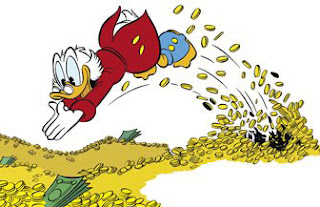 Think twice before diving in and hiking car park charges
Some recent figures from Boston Borough Council call into question the wisdom of increasing parking charges to shore up the borough’s ailing economy.
Price rise suggestions include 10p across all tariffs, evening parking charges, abolishing most 60p for 30 minute rates and – most controversially – charging disabled blue badge holders.
Whilst there is no doubt that this would raise oodles of much needed cash, the benefits may be questionable when considered in relation to the borough’s Governance and Performance Monitoring figures for the quarter ended in September, which went into some detail about income from borough car parks.
The trend shows that council income from parking fees has fallen steadily since 2005-06, apart from a brief and small reversal in 2009-10.
The main reason has been increased competition from private car park providers, which has reduced the council’s share of the kitty, and the impact of the recession.
Pescod Square, which has 370 spaces, opened in September 2004, and by the following year was attracting 20,000 vehicles a month.
The Boston Shopping Park had a similar figure early in 2007
In 2008-09, the council cut some car park charges which regained some market share, and resulted in an increase in income in 2009-10 over the previous year.
But apart from that, the story has been all downhill … even though the number of vehicles parking in Boston increased between 2005 and 2010
The report says that Boston was not too affected by the recession until this year, when a growing number of shops have fallen vacant - including big name stores like Burtons and Thorntons -  whilst other smaller independent retailers are also reporting that their businesses are struggling.
Aside from increased competition for parking spaces, the report on the figures blames
extensive roadworks in the town between July and September which restricted access for vehicles.
The Market Place works which began in July meant that there was no income from that car park, whilst the introduction of new 60p half hour tariffs in Custom House Quay, Bargate Green and Wide Bargate in June saw more vehicles using these car parks – but the average cost of the tickets bought went down.
Council season ticket sales have also declined.
Among the reasons for this, the report suggests that competitors have introduced similar schemes - with the option to pay monthly - and that drivers cannot afford to pay up front for three months parking … which is the minimum period for which the council sells tickets.
The report also suggests that “some” of the 25,000 people a month that use the Into Town bus service would previously have driven in and parked in council car parks – although we cannot imagine that this figure would amount to much.
What we think that these figures are telling us is that aside from the obvious fact that the council is courting massive unpopularity if it increases charges, that there seems little reason to doubt that the downward spiral of custom will do anything other than continue.
Car parking is the lifeblood of most towns – plenty of spaces, reasonably priced, make a place a magnet for visitors, with all the benefits to local businesses that this brings.
If you will forgive the mixed metaphors, the idea that car parking is a cash cow that the borough can use as a piggy bank, shows a lack of imagination by those whose job it is to enhance the borough’s funding.
Time for a rethink – before it is too late.

You can write to us at boston.eye@googlemail.com   Your e-mails will be treated in confidence and published anonymously if requested.
Our former blog is archived at: http://bostoneyelincolnshire.blogspot.com
Posted by Boston Eye at Thursday, December 08, 2011