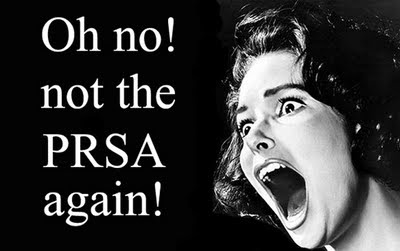 If our information is correct, today sees a meeting between the Princess Royal Sports Arena and Boston Borough Council, at which the PRSA team will again be rattling its collecting tin – and saying that without continued support it cannot go on.
The PRSA started life as the DABSI – an acronym for Disabled and Able Bodied Sports Initiative – which was another of those pie-in-the-sky dreams that would put Boston "on the sporting map" and make it the UK capital for disabled/able bodied sportsmen and women.
Unfortunately, these things come at a cost – but a couple of council administrations ago, it didn’t seem to matter.
In the 14 years since the scheme was mooted, Boston Borough Council has poured more than £8million of ratepayers’ cash into this Great White Elephant - including paying off third party loans.
The Boston Sports Initiative – the charity responsible for running the PRSA - filed its most recent accounts for the year ended 31st March 2010 in January this year.
They showed an income of £706,597 against spending of £896,695 – a gap of slightly more than £190,000.
Time for a little history lesson.
Early last year, Boston Borough Council trumpeted: “It’s all systems go for a bright new future for leisure services in Boston. National leisure services operator Leisure Connection has won a prestigious contract from Boston Borough Council to run the town’s Geoff Moulder Leisure Complex and the Princess Royal Sports Arena.
"This brings to an end 18 months work and negotiation by the council, secures the future of valuable leisure services and will save the council money.”
Months later, the “deal” that began with a bang ended with a whimper as Leisure Connection vanished from the scene.
A planned £2 million refurbishment at the Moulder Leisure Centre was slashed to a puny £284,000 – with some of that going for car park improvements and energy saving measures.
And the council agreed to subsidise the Boston Sports Initiative to the tune £176,000 in the 2011/12 financial year, £88,000 in 2012/13 and nil subsidy in 2013/14.
But the annual accounts appear to tell another story.
The intricacies of the “deal” required interim  support until Leisure Connection took charge.
According to the accounts: “Until the handover, Boston Borough Council has agreed to continue to support the charity with revenue support as in previous years.”
So it appears that what was intended as a short term measure to pave the way for “a bright new future” may well have become an albatross around the council’s neck – and those of its taxpayers.
There’s lots of waffle in the accounts, as you might expect, but someone who knows tells us that it basically states the project is not financially viable without Boston Borough Council pumping in more money until someone is prepared to take it over.
Fortunately, the District Valuer has deemed the surrender value of the lease to be nil - so at least the council would not have to pay to take the stadium over  if they wished to - or had no alternative.
Another irony was that the management company Bladerunner were paid £540,374 in 2009 and £556,086  last year - which more than swallowed up the respective income of £472,450 and £482,226 - effectively creating losses before they even started.
As we understand it, the only beneficiary in this entire debacle is Boston Rugby Club, which has a sweetheart deal to keep the proceeds from the bar takings and hire of the function rooms – which are reckoned to comprise some of the biggest income streams.
If you’ve the nerve for it, you can read the latest BSI accounts by clicking here
A week today councillors meet to discuss the calling-in of the secret cabinet decision to strike yet another “deal” for the good of the people of Boston.
This time it is a £200,000 scheme in partnership with the Witham Schools Federation and Boston Amateur Swimming Club.
Councillors who want the scheme reviewed say that it lacks a robust business plan, and that there is no incentive for the non-council participants to continue support if they don’t like it in the future.
Tellingly, the councillors stress that their concerns are not political but “to protect the council tax payers of the borough from another disastrous PRSA-type situation arising.”
It seems that the PRSA disaster may well still be a clear and present danger.
In the new leader’s vision - issued soon after May’s elections, and not to be confused with his more recent message – he promised that arrangements for the PRSA would be settled "once and for all."
But in his message a couple of months later things appear to have drifted slightly.
“We also have the thorny issue of the Princess Royal Sports Arena to sort out, but it will take longer to resolve than some of the other issues.”
Does “taking longer” mean spending more?
We do hope not.

You can write to us at boston.eye@googlemail.com   Your e-mails will be treated in confidence and published anonymously if requested.
Posted by Boston Eye at Monday, September 12, 2011