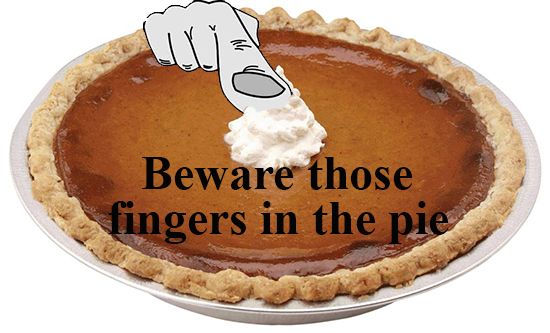 ﻿
﻿
If we were in the business of creating aphorisms for modern times, somewhere near the top of the list would be “beware the great and the good bearing gifts.”
This is why were are naturally suspicious when the announcement  was made of a £1 million grant by something called Big Local to help downtrodden, deprived parts of poor old Boston.
Not that we can’t use the money – our concern is whose fingers are already working their way into the pie to have a say in something which has been clearly and repeatedly pointed out is none of their business.
Tomorrow sees the first in a series of meetings which Boston Borough Council has referred to as a chance to “get more people involved in this exciting opportunity.”
“Big Local Day” during Boston Market will  give a chance “to meet those who have been involved so far, learn more about the opportunities that Big Local represents and offer your views about the future of the town.”
There will also be stands manned by local residents in the foyer at ASDA and outside the Community Room (aka the stop smoking shop)  in Strait Bargate, offering information and opportunities for people to give their views and opinions about how to make improvements in central Boston, and how to get more involved with the Big Local Project.
Whilst it’s good to encourage participation, a number of important points are slipping below the horizon here …
Who are “those who have been involved so far" –  apart from Boston Borough Council ... principally its “parish council” the Boston Town Area Committee, which was given a special briefing on the grant ... and inevitably, the South Lincolnshire Community Voluntary Service –  to which Boston Borough Council seems joined at the hip.
Advice is also available from a gentleman named Ivan Annibal, who heads a Lincoln-based group called Rose Regeneration  and who is described as a “Big Local Rep.”
The money available under this award is for a specific area – described as the six “most deprived” of Boston town centre wards  – Staniland South, Pilgrim, Skirbeck, Boston Central, Witham Ward and a small area of Fenside.
One thing that has been made repeatedly clear by various groups and organisations since the award was announced was that …
-         It’s NOT about the local authority, the government or a national organisation telling us what to do.
-         It’s NOT about individual groups fixing their favourite problem without talking to a wide range of different people who live and work in the community.”
Yet so far, most of the talking has been done by the borough council and the SLCVS – whose Community Officer Mandy Exley has suggested that Boston can “hit the ground running,” thanks to the Placecheck scheme, which in recent years has managed five projects in conjunction with Boston Borough Council.
Five areas involved in this project each received £10,000 – with as much again frittered away by admin costs  – and although they were quite disparate areas, the money went on very similar projects, many of which were really the job of the council.
But we’re told that we now have 75 community activists already in Boston, and so in a way we’re ahead of the game.
“We’re already working at the grass roots level with some fantastic residents who have come forward who want to make a difference to their area and have made a difference, and the thing is this is just building on the success of Placecheck,” Ms Exley has been quoted as saying.
All of this causes us concern – which is echoed on one of the Big Local web pages.
It warns: “In the past, many area and regeneration programmes required some kind of partnership as one of the main forms of participation. Unfortunately, they often became attractive only to the usual suspects, and got bogged down by bureaucracy.
People who might otherwise get involved can be put off by relationship problems, such as personality clashes and dominant people.
“We need to shake this up in future if resident volunteers are going to continue to get involved.”
We agree with those sentiments wholeheartedly, but fear that in Boston the lure of £1 million in hard cash will prove too great for the powers that be to resist.

Reminder
Last week’s attendance by a “consultation team” of councillors to help with the borough’s  Have Your Say survey was postponed as a mark of respect to the late Councillor Paul Mould. It will now be staged in the Market Place on Wednesday between 10am to 2pm – and the questionnaires must be returned by Friday 15th. You can raise other issues if you wish – one being suggested is the issue about the delay in the introduction of residents’ parking permits.