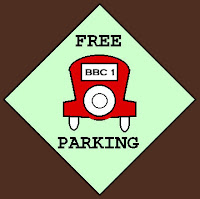 Independents suggested everyone chipped in for parking - but  Chief apparently "ruled out" including staff!
It seems that the enthusiasm to grant Boston Borough councillors and staff immunity from car parking charges, whilst we lesser mortals will have to pay more – and blue badge holders will have to pay for the first time – is not entirely unanimous.
After our blog on Tuesday, which you can read by clicking here , we heard from Boston Borough Council’s Independent group spokesman Councillor Richard Leggott.
“The Independent Group, after some discussion, put forward a suggestion at a recent scrutiny board for officers and members to be asked to make some contribution towards a parking permit,” he said.
“We did not go into details of such a scheme, preferring others to be engaged in shaping it according to their own and joint thinking.
“This would allow others engaged in putting forward their - hopefully positive - thoughts on the issue to claim part ownership of any resultant plan.
“The Chief Executive, who was at the meeting - while apparently ruling out the officers from such an idea (our italics) - was heard to say that if it was the members' wish,  he could draw up a scheme for MEMBERS paying for a parking permit.
“Although there was no resolution passed at that time on the matter, any progress will, no doubt, be dependent on our Conservative administration having the 'guts' to go down such a route.
“One would hope that if they are strongly-minded enough to stick to their guns on the disabled parking charges, then the members' parking issue will not be a problem. We shall see!”
Councillor Leggott told Boston Eye that the Independents’ parking charge strategy was not intended to cure large budget problems - but to show that members were aware of the serious need for everyone to take the strain and face up personally - and honestly - to requirements.
“Even a discounted permit being paid for - instead of nothing - by members would give the right message here to officers and the public.”
This strikes us as a helpful halfway house in the issue of free passes for councillors and employees.
We were highly critical of Boston town centre portfolio holder Derek Richmond for his reported explanation that staff had been excused parking charges “as it was thought they had faced enough hardship recently, accepting a two-year pay freeze and dealing with other restrictions.”
We pointed out that council staff are not unique in this respect.
Many private sector workers are suffering similar constraints.
Councillor Richmond also went on  comically to claim that it would be discriminatory not to charge disabled blue badge holders to park - as most of them were perfectly able to pay, and “Disabled people do not like to be discriminated against.”
Charging blue badge holders would raise £80,000 a year – which Councillor Richmond described as “vital” income for the council.
However, as we pointed out, gifting a free car park pass worth £328 a year to 281 staff and 32 councillors costs the council the much greater sum of £102,664 in lost earnings.
Whilst were restrained in our comments, another of our readers was less than charitable – e-mailing to say: “Councillor Richmond's utterings have just got to be the most arrogant, condescending and insensitive I have heard in a very long time, not to mention disingenuous. Even coming from a local politician, such ill-conceived remarks are breathtakingly incompetent.”
Another cabinet member to side with Councillor Richmond over the issue of “freebie” parking for staff was the man who drew up this year’s budget - Councillor Raymond Singleton-McGuire - who was quoted as saying: “They have taken a hit and they have been restricted.”
Yes? And your point is ... what, exactly?
Is this the same councillor - who, some years ago - offered a ride in a Ferrari 412i  as a prize for the most improved pupil at a school where he was a governor?
It surely is.
At the time he told readers of his now dormant blog that the 1987 pale blue 4,942cc V12 engine was one of only 52 ever made, and averaged 9-14 mpg.
Also on show was a hand-built Bentley Arnage Red Label, whose 6,750cc engine averages 6-15 mpg.
With fuel prices being what they are, a free parking pass would come in very handy!

You can write to us at boston.eye@googlemail.com   Your e-mails will be treated in confidence and published anonymously if requested.
Our former blog is archived at: http://bostoneyelincolnshire.blogspot.com
Posted by Boston Eye at Thursday, February 09, 2012